Frequency, Energy Work, and Other Spooky Words for Beginners

What do you think of when you think of the words; frequency, energy work, vibration, or other words that you hear often in the alternative health arena?

Some people shy away from anything “alternative” thinking that it means “New Age” or is along the lines of something close to “Snake Oil” or Old Wives Tales therapies.

One client shared with us that her first exposure to anything alternative related, was nutrition response testing when she went to a chiropractor. The doctor wanted to test her for food allergies and took tiny vials of various food products and put them on her chest as she lay on his adjustment table. Each time he did, he performed various movements with her arms and asked her to “resist” the pressure he applied to her arm. Periodically she found it impossible to resist and her arm would flop limply back to the table.

Being the devout Christian that she was, this new kind of therapy totally “freaked” her out. Certain that his antics were ‘demonic’ or witchcraft, she couldn’t wait until she was able to flee his office. However, she agreed with the information he gave her about what food products she was allergic to. Some she had already known, others, actually made sense to her. She didn’t understand what he had done, but the results were undeniable. 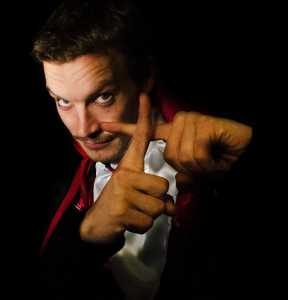 A few years later, she said, she was attending an entrepreneurs conference where she met many people who claimed to be “energy workers”. Once again, she was hearing new terms and watching behaviors she never saw in or outside of any doctors office. As she told us, she giggled and said, “I swore to myself that if another person walked up to me and said they were an “energy worker” I was going to make the sign of a cross like the ones you see in vampire movies to keep the cooties away!”

Once again, as with the visit to the chiropractor earlier, she saw results that she could not deny and instead of being afraid, she started asking questions. The more she asked, the more sense everything made and she realized that she was reacting out of ignorance and pre-conception regarding words that subconsciously, had been attributed to “New Age” beliefs.

Her struggles to comprehend new (not really new, its super old, but new to her) concepts regarding an alternative to Western medicine (drugs, etc.) had just taken an exciting turn.

Recently we ran across an outstanding article that addresses the issues that she voiced so humorously. If you are a Christian who is a little bit wary of these new alternative therapies and you find yourself recoiling from certain terms, like “frequency”, or “energy”, you’re going to want to read this: