How Body/Mind Protocol Therapy Can Address Low Energy and Depression

Gain freedom from chronic depression that contributes to low energy and self-sabotage.

Consistently poor results in the workplace and noticeable depression is more common than most realize.

This issue can be alleviated by addressing mental and emotional traumas that remain hidden in the subconscious.

After enduring years of highly stressful events including divorce, bankruptcy, the death of a family member, several moves and failed relationships, a client of ours called our office, determined to find out the source of her chronic depression.

Life was wonderful and she was making great progress in leaving her painful past behind her. She was pursuing her dreams and had never been happier.

Yet, she was beginning to notice bouts of hopelessness and depression that appeared to come out of nowhere. Try as she might, she simply could not identify what was triggering the suffocating emotion and wanted answers … NOW. 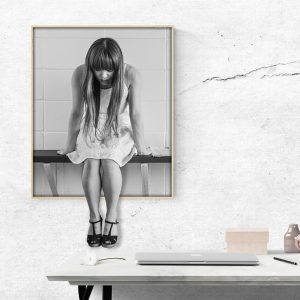 Mind/Body Protocol was chosen as the most effective way to address the root of her depression. As she was walked through various specific questions, her body’s response to the emotions lying underneath her answers to those questions was tested.

A memory was recalled of an event that had happened when she was eight years old. As a young girl with an abundance of ideas, she, like other children before her, had thought of a way to earn money by creating a simple business in her neighborhood.

She had worked hard to create her dream business by harvesting a lovely selection of dried vegetation that she had considered to be appropriate for dried flower arrangements.

For hours, she gathered thistles, milkweed pods, cattails, grasses and twisted branches. To an adult, they might have been nothing more than a handful of dead weeds, but to her, they were purely magical and artistic.

She went around the neighborhood knocking on doors and asking people if they’d like to buy one of her flower arrangements. Every door she knocked on was received with joy and surprise and each neighbor gladly paid various amounts for her artistic bundles.

She couldn’t wait to get home to show her Mother the bounty she had been paid for her hard labor. However, much to her surprise, when her Mother found out where the money had come from, her reaction was not of praise but of extreme anger.

The memory flooded the client’s mind and immediately, she could recall how weak her legs became and how fast her heart pumped in pure panic and confusion as to why she was in so much trouble.

Her Mother screamed at her for “shaming” the family name by “begging” from the neighbors to give her money. Her Mother demanded that the money be returned to each neighbor and that an apology accompany each refund for her shameful behavior.

As the client recounted that day, she was reliving the massive weight of humiliation and shame as she slowly retraced her steps to each neighbors house. The emotional weight was so heavy, she recalls her head hanging, her heartbreaking and the lack of air in her lungs as she literally fought for enough strength to walk to each house. 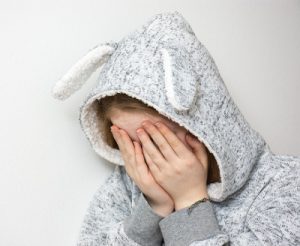 The shame was so intense, she dared not knock on any of the doors, but instead, put a small amount of money on the porch or windowsill of each house. No one had paid the same amount, and she had no idea who paid what, so she dumped her money as quickly as possible on the porches of the first three houses.

Then she ran home and fled into her bedroom where she threw herself on the bed weeping bitterly and severely confused about why she was such a bad girl and had so carelessly shamed her family.

As the woman talked, it was noted that her physical body was dramatically weakened as she recalled each painful moment. This one event set the stage for a belief system that she had carried into adulthood. One of believing that no matter how hard she worked, no matter what she did to earn income, or what she created, it would be a shameful thing for her to expect anyone to pay for her services.

She discovered that the source of her depression was not from all of the recent traumatic events, which she had assumed. In fact, it was the pursuit of her dreams that had triggered her depression by feeling ashamed of her efforts.

The belief systems she had come to embrace as truth were addressed, as well as the energetic signature that had come with them.

This specialized therapeutic method has been invaluable in addressing root beliefs and false ‘truths’ that people enter into adulthood with. The usual assumption is that adult stressors and events are the main cause of negative emotions and thoughts. Yet, in her case, as is not uncommon, it was revealed that the root of these issues was caused by an emotional trauma endured as a child. 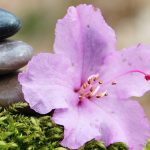 Consider the Mind/Body Protocol as soon as possible when you begin to notice negative emotions accompanying body weakness and low energy. Find answers that won’t be discovered or addressed through medication, alcohol or other addictive behaviors. These methods may dull the senses for a short period of time, but the root cause will still be there.

Our client has reported that after nearly a year after addressing that traumatic memory, she has been depression-free ever since and has noticed that she is able to not only charge what she is worth but is able to make decisions and have clearer thoughts than ever before. (This story has been shared by permission from our grateful and supportive client.)

Call us now to schedule your Mind/Body Protocol session and make the decision to live a more full and abundant life, filled with intention and clarity!